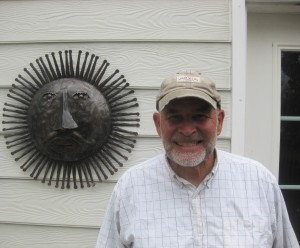 Tim was a special operations officer for 30 years and has had opportunities to train and work in remote and beautiful places throughout the world.   He has been exploring the bays, salt marshes and beaches on Virginia’s Eastern Shore since 2005.  In 2012, after multiple tours in Iraq and Afghanistan, he returned to the Eastern Shore to begin ecotour guiding full time.

Having been fortunate to have shared his passion for the outdoors with his family. Tim and his wife Nour now are an outpost for their grandchildren to learn about and explore the small towns, salt marshes and beaches of Virginia’s Eastern Shore.  Tim is a master naturalist, a US Coast Guard licensed small boat operator, an American Canoe Association (ACA) certified kayak instructor, and a trained whitewater raft guide. 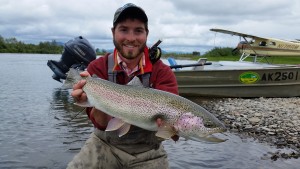 Frankie is Tim’s youngest son. While he was studying at the University of Virginia, he spent his summers as a professional fly fishing guide in Montana. After he graduated, he left to guide in Alaska’s Bristol Bay. He has had the special opportunity to travel all over the United States, Canada, Chile, and Argentina to fly fish. He has extensive experience and is happy to boast that he has taught people who have never seen a fly rod how to cast. Frankie now runs Virginia Coast Ecotour’s Richmond outpost where he offers float trips in central and western Virginia.